One of the things that we love most about One Eleven East is the location. Proud to be a part of Hutto’s historic downtown, we gained a genuine curiosity for our space and its history once we became the new kids on the block this summer. Hutto itself is brimming with history. Established originally in 1876 by James Emory Hutto, the city has seen times of growth in everything from agriculture to railroads to settlers over the years. East Street has consistently remained at the center of it all, allowing our space to witness all the changes and goings-on from nearly the beginning of the town itself. Constructed in 1893 with two identical buildings on each side, 111 East Street has survived the 1902 fire, seen the first annual Old Tyme Days parade, and looked straight across the street at Henrietta the Hippo daily since she landed there as the city’s mascot in 1982. However, the long-time infrastructure and namesake to One Eleven East maintains a touch of mystique.

While the other four locations housed numerous general stores, grocery stores, consignment shops, bakeries, etc. and have records to prove it, 111 seems to have been largely unoccupied and undocumented over the years. Other than State House Press, Thomas Munnerlyn Books, and the more recent restaurant business, there is little that we know about the previous tenants. What we do know is what they left us behind with: a beautiful building that just needs a little retouch. Because of the period of vacancy, National Register of Historic Places recorded 111 East Street as being in the worst condition of the five buildings and the closest to falling into disrepair. By modernizing the space’s integrity and simultaneously adapting the charming aesthetic of Hutto’s old town, we look forward to rewriting the building’s history with One Eleven East. 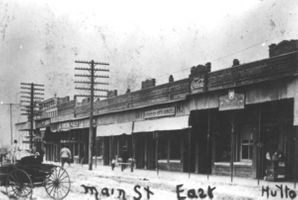 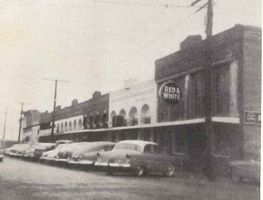 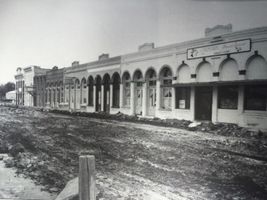 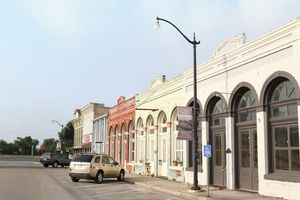 Move the slider for a view of Downtown Hutto, TX and One Eleven East then and now.